I thought I'd share my thesis progress. I'm currently at the 2nd / 3rd pass animation stage, looking to do some revisions over break.

Edit: apparently it's bad procedure to post the WIP until it's a final product... so says the great CA dept. :/ sorry folks
Posted by Jeremy Putnam at 12:20 PM No comments:

I'm still in it. A good victory.

Sorry again for the infrequent posts. Basically, I've been wrapped up in school the past few weeks making sure I can progress to the next semester. It's never a sure thing in this department. Now that the senior mid-year show is complete, however I can finally say that I will, for sure, progress to spring semester.

Today was a bit of a roller coaster. I got up at 9 am, went to the senior show, saw all the other work all my classmates have been doing. It was a wonderful and nerve-wracking experience. Lots of cool stuff going on. That process took about three hours, followed by two hours of waiting thorough the teachers' deliberation. I was happy to find out neither I, nor any of my close friends, failed. I do not actually know who did fail this semester, but I hope that they will push on to make fantastic pieces next year. Good work and good luck everyone.

After that, I had a nice time cleaning and eating at my house, followed by Princess and the Frog. Good movie, I enjoyed it muchly. Now, I am heading out to Pacific Rim with Aless.

More updates as time and events warrant. Ta!
Posted by Jeremy Putnam at 1:47 PM No comments:

Between Conquest and Discovery

Sorry for how seldom I've been posting of late; thesis is still chugging along, as well as a bit of table top gaming on the side. I'm trying to dial down the side-gaming these coming weeks, as I'm finding it rather exhausting. Still playing Ragnarok a bit tho...

In any case, here's a digital painting I did while feeling braindead in the labs. More to follow, I think. (Forgot to time this one, about an hour or something..?) 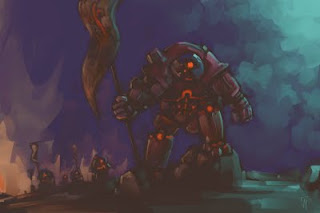 Posted by Jeremy Putnam at 6:39 PM No comments:

90 minute painting for my water class! :) Possible factory of the future. 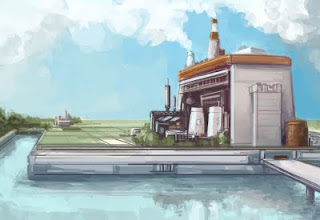 Posted by Jeremy Putnam at 4:27 PM No comments:

So many things I'd theoretically love to do!

I occasionally muse about all the projects I'd like to do if I weren't already tied to thesis and other responsibilities. For example, I've always liked the idea of making my own clothing... probably baggy stuff made of brown canvas with lots of flaps and buckles.

Recently, I've been imagining how cool it would be to take a low-poly character through the full concept/ development process. Make a bunch of silhouettes, rough sketch pages, then make a character sheet with turnarounds, prop designs, etc. Maybe do some color studies, even some related environment work. Then, go ahead and model the character in Maya and do some nice texture maps. The way I see it, if presented well, such a packet would stand on its own really well for a concept/ modeling portfolio.

That being said, I'll have to finish this animation before I can begin working seriously on anything like that. I'm excited about this film, but as I said earlier this month, I've been so deep into the process for so long that I'm a bit fatigued. It's a distance race, and I need to try to stay focused.

((I might still be playing Ragnarok after labs close... shhhhhhhh.))
Posted by Jeremy Putnam at 10:27 PM No comments: 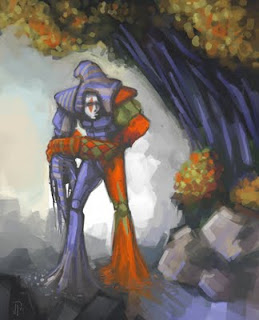 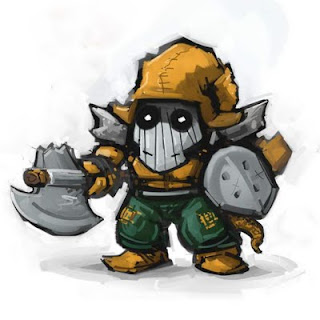 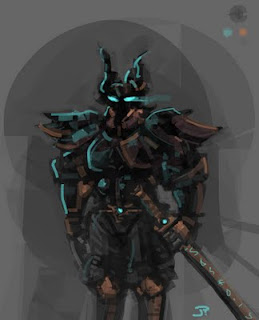 View my complete profile
View my professional website at jeremyputnam.com